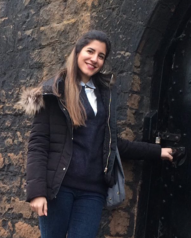 ​​​Matthew Paker  (April-September 2014) Matt graduated with a PhD from the University of Reading in 2014 under the supervision of Professor Howard Colquhoun, investigating non-covalent cross-linking in novel polymeric systems. After completing his PhD studies, he undertook a post-doctoral position  developing highly functionalised cyclophosphazene- based dendrimers. He now works as a Propellant Chemist at Cranfield University’s Centre for Defence Chemistry. 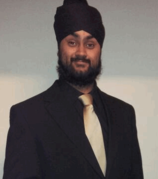 Sara Salimi: Completed an MSc in the Greenland group in 2017 then started a PhD in nano-composites for 3D printing the same year.

I completed my undergraduate study in Shahid Beheshti university, Tehran, Iran, graduating in 2016. During that time, I was a member of an analytical chemistry research group working on synthesis of different ionic imprinted polymers for clean-up and treatment of real samples for environmental purposes. Subsequently, I worked on a 5-month research program in organic chemistry laboratory focusing on separating the enantiomers of ibuprofen exploiting different enzymes. Furthermore, I carried out placement year in a personal care product company in Iran, doing different QC tests on their various products.

Long Chen completed his PhD on the synthesis of oligoviologens in Jan 2017. He is originally from Yangzhou, a beautiful city in east of China. After graduating with a BSc from Nanjing University of Information Science and Technology (NUIST) in 2011, he undertook a Master's degree working on Alkene-Arene meta-Photocycloaddition at the University of Reading, and graduated with a MSc in Chemistry in 2012. Afterwards, he started a PhD at the University of Reading under the supervision of Dr Barnaby Greenland and Prof Howard Colquhoun with the aim of producing new conjugated polymers used for electronic devices such as flexible TVs and solar cells. Currently he is developing the Zincke reaction as a viable synthetic strategy to enable the rapid synthesis of linear conjugated species.

Tahkur Singh Babra carried out his master’s degree in Chemistry at the University of Reading, graduating in 2014. After completing his second year he took place in an Undergraduate Research Opportunities Programme (UROP) under supervision of Dr Joanne Elliott and Dr Adam Squires looking at Dye-Sensitised Solar Cells. The following summer, he carried out a 12 week placement with Dr Andrew Russell and Professor Wayne Hayes sponsored by DSTL looking at dendritic amplification systems. In his final year at university he carried out his MChem project with Dr Andrew Russell looking at meta-photocycloaddition reactions. He is currently undertaking a PhD sponsored by AWE and the University of Reading with Barny and Prof. Wayne Hayes, investigating depolymerisable adhesive materials. 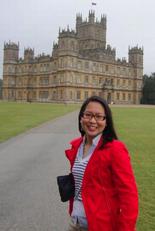 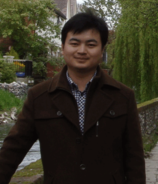 Kate Lim completed her undergraduate degree at the University of St Andrews where she worked on catalytic routes to N-heterocycles under the supervision of Professor David Cole-Hamilton. As part of her year in industry, she was a British Council scholar to Tarragona, Spain, which inspired her interest for the language and culture. She also carried out a short research project with the Davies Group at Imperial College London looking at MOFs for gas capture and storage.
More recently, Kate undertook her PhD studies at the University of Reading under the supervision of Professor Howard Colquhoun, working on novel advance composite materials for aerospace applications. The work was jointly funded by EPSRC and Cytec Industries, UK.
Kate is also involved in science communication. She was a writer for St Andrews Science magazine, and organised the Mending Materials exhibit of the Universities of Reading and Oxford at the Royal Society Summer Science Exhibition in 2015.
As a PDRA in the Greenland Group, she investigating living polymerisations and artificial aging processes.